Reduce mycotoxins and use of toxin binders

The SKIOLD Damas Sigma has a unique and one-of-a-kind polishing effect, which has proven to remove most mycotoxins in crops for better animal health.

Mycotoxins can cause a variety of adverse health effects and pose a serious health threat to both humans and livestock. It is very important to prevent mycotoxins in crops and feed because it has a negative impact on the production results - among other things in terms of reduced performance, reduced feed intake, poor feed conversion rate, reduced weight gain and poor reproduction performance.

Today livestock producers often use mycotoxin binders in order to reduce the toxic effects of mycotoxins. This is an effective tool for controlling mold and mycotoxin problems, but it is costly and not always a sufficient solution.

The SKIOLD Damas Sigma is a cleaning and grading machine. Its excellent cleaning performance removes more than 90% of all mycotoxins from the crops.

As the crops are cleaned centrifugally by being forced against the rotating screens, each individual grain, corn, rice or seed is polished and cleaned across its entire surface area. This process reduces the presence of germs, fungi and bacteria by up to 90% - which has been scientifically proven by IFF/Germany.

But it is also proven in real life, and the industry acknowledges these test results from Germany.

Prior to purchasing the SKIOLD Damas Sigma, his pigs experienced problems with deferred rectum, sudden onset anorexia and other nonspecific diseases, which he attributed to the quality of the feed. With a SKIOLD Damas Sigma, he no longer has these issues or costs for toxin binders.

Another danish farmer, Mads Rauff, tells about how to optimize grain cleaning and improve animal health by using a SKIOLD Sigma cleaner here.

In Asia, the problem of moisture and mold is huge, and the same good results with SKIOLD Damas Sigma have been proven in this part of the world. A large pig producer with three full line pig farms and a total of 14,000 sows and 35,000 finishers produces its own feed. In all farms, they clean the grain with a SKIOLD Damas Sigma due to the high content of mycotoxins, which negatively affects feed quality, pig health and profitability.

Previously, they used mycotoxin binders, but after investing in a SKIOLD Damas Sigma, the content of mycotoxins is reduced to a very low level and today the need for binders is very limited. Before using ½ kg of toxin binders per tons of feed, so economically, the investment in the SKIOLD Damas Sigma has been an advantageous decision.

See all our solutions for seed and grain processing

Read more about the Damas Sigma and see the video 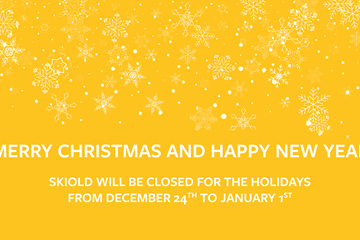 We are closed for Christmas from December 24th to January 1st

Save time and money with digital tools 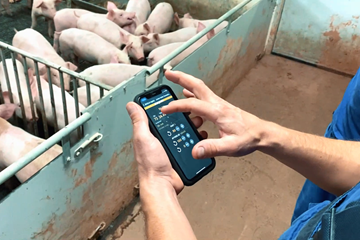